How To Make a Million !

Nov 2017 – Done it !! That’s Step 21 out of the 28 steps complete …. I have now successfully turned 2p that I found on the street into over £10,000 ….. this brings a smile to my face …. but now the serious work starts – it feels like this has been the easy bit!
I haven’t had a chance to update for a while but I have now broken through the £10,000 mark in sales and have calculated that I still have over £10,000 worth of stock.
Since my last update I have concentrated on selling everything that I have – rather than buying in or making anything else. To this end I took a stall at the Giant Shepton Mallet Flea Market – Net result was taking over £700 – it wasn’t all profit and it was extremely hard work – we set off at 5.00 am to get to site by 7 – only then to have to queue until 8.30 to get in ….  & although there were lots of buyers at the event everyone was wanting something for nothing ! This resulted in the prices achieved were less than hoped for but at least it turned stock into cash. When I add that to other sales that I have made on ebay the £10k is in the bank 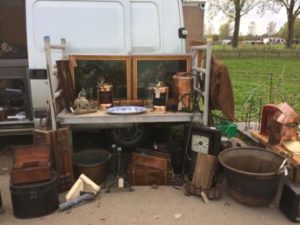 July 2017 – Continuing with the theme of selling what I already have in order to get to the next level. I took the decision to let other people sell my ‘stock’ for me on a sale or return basis – This has both good points and bad points
The good are that you don’t have to do anything to make the sale – just go and collect the money from the people that have your stock …. This can save you alot of time and messing about.
The downsides are that you don’t get as much for the item as you would if you sold it yourself as the retailer will obviously want to take a profit out of it as well /  you are no longer in control and cannot sell extras to the customer / you have to trust the person that you are dealing with ! & even if you do trust them you’ll find it funny how people change when it comes to money – I have now sold an extra £2150 worth of items this way but am still waiting on £375 that was promised to me 6 weeks ago …..

May 2017 – Earlier in the year I took the decision to get rid of some of the stock that I have built up even if I didn’t make a profit on it – as I believe its better to keep the money moving rather than it being stagnant in my shed !! So here is a screenshot of some of the sales I have made since reaching the £5k in January – which now takes me to £7,495.01

If you look closely you will see that the items marked in red are cost I incurred because I took someone on to help me get rid of some of my stock and I have also introduced affiliate commissions into the equation – watch this space as I will be growing this side of the business and getting more focussed as I now believe I am in a position to take on people to work for me ‘outsourcing’ as well as taking this venture into the online world rather than concentrating my efforts in the off line world. 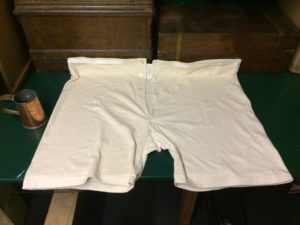 Steady progress this month with a number of items selling either on ebay or at an antiques fair that I attended in January. Truth be told the antiques fair was good at turning stock into cash but not for making any money. – By the time I had paid for the pitch £35, paid for an assistant to help me for the day £60 I managed to turn £134 worth of stock into £131 cash ! Even if I hadn’t had those bills it still wouldn’t have been great – it was a long day to only take £226 – not worth it in my opinion ….. but as i wasn’t doing anything else that day so what the hell. One of the things that I did manage to achieve whilst I was at the fair was to get a few of the other items that I have in stock for sale on ebay and since that day I have sold a pair of riding whips / an 80’s mobile phone / another scaffold tower / some more of the building materials / 34 pairs of vintage underwear!! 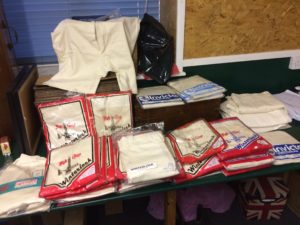 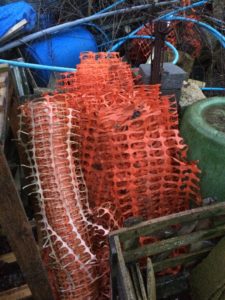 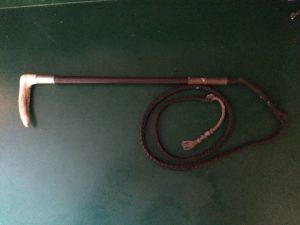 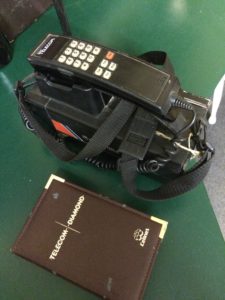 One little trick not to be overlooked when selling face to face (its very difficult to do on ebay) is to offer an ‘add-on’ Once somebody has agreed to purchase something from you then take the opportunity to offer them something else that you think they might be interested in – they have already shown that they trust you enough to part with their hard earned cash so if you offer them something else that they may be interested in they are MUCH more likely to say yes. This worked at the antiques fair as well as when i was selling the underpants – by offering the chap other items when all they came to buy was £76 worth of underwear i increased the value of the sale to over £150.

Current state of play £6457 in cash or my paypal account. Moving towards my goal but I’m going to have to up my game to increase my chances and speed up getting to the £1million. With that in mind I have taken a step back and reviewed what I have been doing to get to where I am – Basically adding value to items and then selling them – but because the items I have been working with have been so varied I don’t have a list of customers that are ready to buy the same type of thing again and again & I think that that is where the real money is …… I am going to have to build a business that helps other people in some way and adds value for them –  remembering the old addage of ‘whats in it for me’ from the customers viewpoint I am going to offer a service that is repeatable and good value for my customers — once established the business will have a value and dependent on turnover / profitability  etc I will be able to sell it in the same way as selling any other tangible asset.  So I have used some of the money I have made and invested it in educating myself and also have taken the decision that I can’t I cant do it myself – I am going to have to outsource the work (not sure what that is yet!) but it will be a service that a) people want /need or desire and ar prepared to pay for & b) i can get others to fulfill for me ….. watch this space 🙂

Jan 2017 and in my quest to make £1million starting with nothing I have completed Step 20 out of the 28 steps needed and have £5000 in cash in order to get to the next step. I am also in the position where I have acquired a large amount of stock over the past year that I had bought in order to sell but have somehow found myself just storing it …. I need to get rid of it all. Just selling all the items that I have will easily get me past the £10k mark but I have realised its going to take a bit of time to get rid of it. More importantly its impacting my mind and hindering my normal day job. so I decided to take someone on (on a self employed basis) to do the selling for me. I know there will be costs involved but this should free me up to be able to concentrate on my ‘epiphany’ …..

But before I tell you about it I’ll just recap as to my current state of play ……..
I have £5,000 in cash (amazing to think that this all stated with finding 2p on the floor whilst shopping with my daughter!)
I have 3 tables, 2 mirrors and a pair of lights on show and available for sale at ‘UP This Way’ in Stroud, Glos. As well as on my own website southerncliffdesign.com
I have a number of antiques & items that I purchased  in order to run the antiques shop – some of which are for sale on ebay . 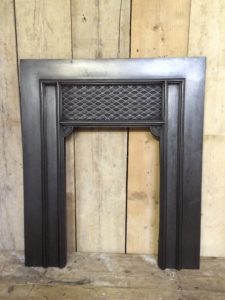 Other items include a number of high value copper jugs and bowls. A small amount of antique and vintage garden ‘paraphernalia’ including 2 x garden tables / 2 x old stone troughs. A couple of pub sign hangers ….. the list goes on!