Starting with £1,334.53 I now have to get to £2,560. Hopefully this will be easier than the last step due to the fact that I have a number of part finished (and paid for) tables on the go already. Selling the mirror will allow me to finish all the tables or to buy some new stock which I can concentrate on selling! – 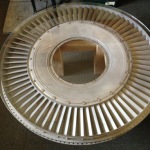 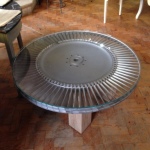 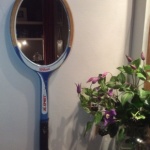 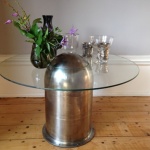 I have placed one of the tables that is ready in a retail outlet in Tetbury on a Sale-or-Return basis and hope that they will sell it in the near future. In the mean time I have set up a website to show off items that I have ready for sale. Please take a look at SouthernCliffDesign.com to see what I have available.

I have also bought a number of small items & 1 large purchase which need to be worked on to get them ready for sale:-

Current state of play after I have sold a dogs kennel for £80 and a piano for £43:-
I have sold the postcards but don’t know what they made as yet
Stock: 3 x engine tables ready for sale
1 engine part waiting to be polished
3 x tennis racket mirrors
1 x gyroscope unit on a stand
2 x old cart wheels, a new engine nose cone and a copper pan (all awaiting work)
4 x ex Royal Navy propellers

Whilst buying the old propellers from the MoD I also bought a few oil cans and an anti aircraft gun sights (as you do!) for £20 which I sold on ebay for £136 after costs (& I still have 6 oil cans to sell). 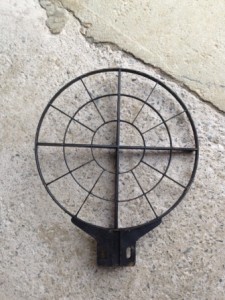 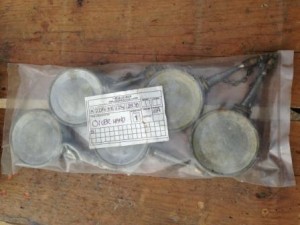 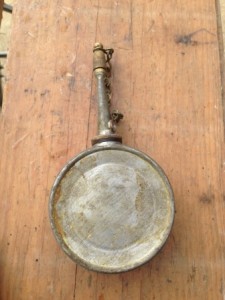 With this money I had a couple of oak tables made from a piece of oak that I bought at the time I purchased the oak for the other table bases :- 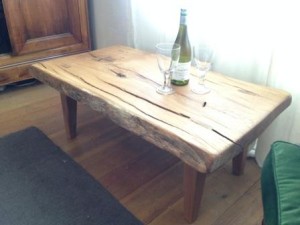 This table also sold on ebay for £400 – which has given me enough to polish two of the propellers that I purchased from the Royal Navy. When you look at the pictures please bear in mind that each of them is about 3 feet across and about 20 inches high – difficult to get a sense of scale but they are amazing ! 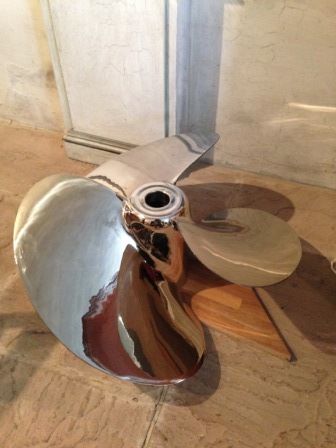 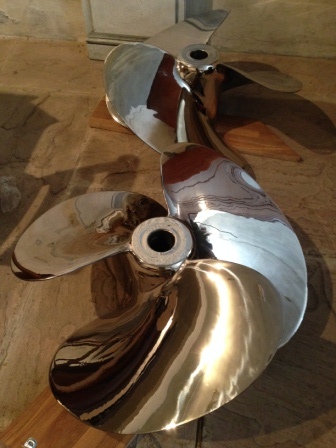 2 of the Propellers Polished to a mirror finish

When I look at the current state of play it looks as though I am going backwards – with zero bank and paypal accounts and only £59.53 cash – but I do have a large stock of beautiful items to sell 🙂

Getting these items in front of people and offering them for sale is now becoming a time issue – putting items for sale on ebay is time consuming and I believe that it isn’t the correct place for high value items – and since some of my stock is valued in the £000’s I am thinking hard about how best to sell it ……..

None of my major pieces have sold as yet but that is because I haven’t been quite happy with them – to charge the kind of money that I wanted (£000’s) they have to ‘spot on’ and I realised that they weren’t quite there so although I have still got them in stock and am working on them they haven’t put any money into my bank as yet. But, I haven’t been doing nothing! – Using the cash that I had I bought a couple of small antiques and sold them to antique dealers that I met in Tetbury, Glos. and one thing led to another which culminated in me taking a concession within an Antiques Emporium in the town – Everything that I bought was bought using the funds I generated within the system 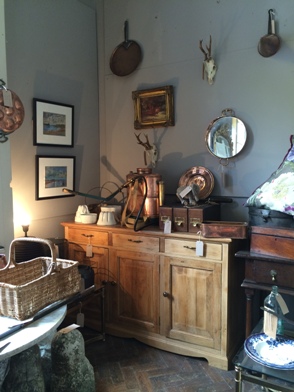 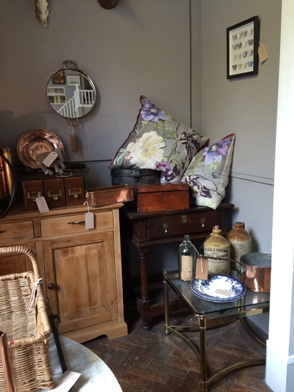 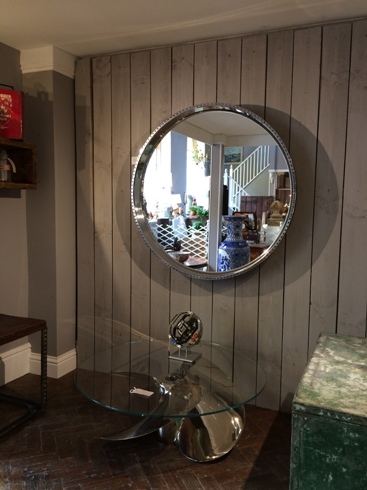 This seemed to be going quite well and for 2 or 3 months was turning over between £750 – £1000. (some of the notable items sold were a pair of ships lights made of copper/brass – from one of the Royal Navy decommissioned ships & an old leather briefcase which i turned into a shoulder bag). 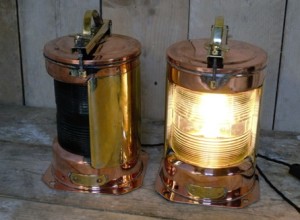 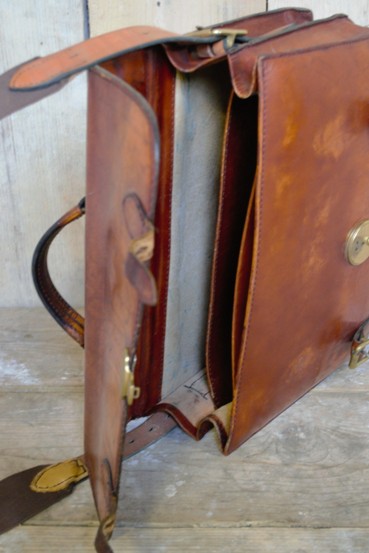 The basic deal was quite good – we paid a nominal rent for the space in the shop and then a percentage of whatever sold as a commission to the owner (for manning the shop and dealing with the customer etc. The upside was that we didn’t have to work in the shop – the downside was that we didn’t get the names and email address of the people that we sold to (i.e. no customer database) After 4 months there was a slight hickup ! The shop that we were selling the items in closed down & although we eventually got all the money we were owed it was frustrating and inconvenient. Rather than stop selling we found another shop (next door to where we were) and moved our stock into there – this time the deal wasn’t quite as good – they wanted a rent only (double what we were paying before) but no commission. Financially this seemed much better but in reality was much worse ….. the new shop had no incentive to sell our products (they had their money from the rent) and so they didn’t. We tried it for 3 months and sales didn’t even cover our rent !! Losing us approx£600 which is an obvious set back.

As a side note – Although selling antiques is great fun (actually its the finding them and buying them that is the fun bit – its then a real buzz when you sell them for more than you paid for them!) it is difficult to keep it up due to the fact sourcing them takes time.

Whilst all this was going on I realised that I had been sidetracked & wasn’t moving forward on my challenge – so i looked around for another opportunity used some of the money I had made to purchase the whole contents and stock of a small building company that became available when the owner decided to retire……His workshop was in a real mess and you couldn’t get to most of it – there was stuff everywhere and alot of it was leftovers from jobs they had worked on. I agreed a price with the owner for everything – the tools, the equipment, the fixtures and fittings and even though there was a mountain of work in front of me to sort it all out I was happy with the deal – Thats where another ‘hick up’ happened :-
On the day that I went to pay for everything I went to the workshop and realised that ‘a great deal’ of what I’d agreed to buy wasn’t there any more!! ALL the hand tools; ALOT of the stock; MOST of the wood & SOME of the stone was gone. 🙁 The owner had let one of the guys he worked with ‘take a few bits’ – he’d had the lot & I wasn’t a happy bunny. This unfortunately lead to a heated discussion with the owner and I walked away from the deal; but after a time to calm down and the owner taking responsibility we renegotiated the deal. £1500 for all the stone / roofing materials and equipment including a large amount of trestle tables and scaffolding.

Note to self: Do NOT agree a price on anything unless you know exactly what you are going to get for your money. Although it was wrong of the owner to let the tools go it was stupid of me to agree to the deal without knowing exactly what was included – it left a bitter taste in everyones mouths!

So the deal on the stone finally went through with me selling the majority of the stone for £2500 – if I put that together with the £108 that I have already received then that’s step 19 done 🙂 with £2608 cash available to move forward.
I also have a number of items that are ready for sale and I will set out my current state of play on the next page …….

To see how I achieved step 20 please click here